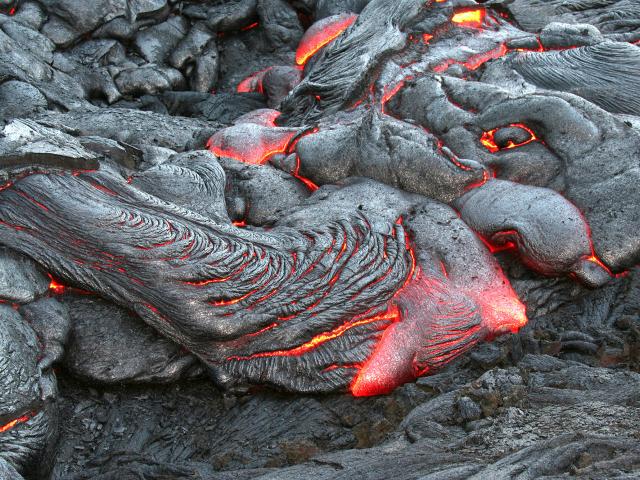 In geophysics, researchers study the dynamics and evolution of the earth's interior, investigate heat and mass exchange between the surface and the interior along with processes generating earthquakes and volcanoes.

Geophysics faculty at UC Davis study the physics of geologic processes that shape our planet, from the inner core to outer space, and use physical measurements and models to characterize the structure of Earth and other planets. The Geophysics group at UC Davis is involved in a wide range of research areas including geodynamics, planetary geophysics, volcanic processes, earthquake physics, geodesy, natural hazards, and tectonics. Current research programs in this discipline include understanding the large-scale structure of Earth's mantle; the rheology of subducting plates, the mantle wedge, and the whole mantle; earthquake risk; and the eruptive processes of volcanoes, geysers, and mud volcanoes. The Geophysics group maintains research and teaching facilities including a high performance computing cluster, immersive 3D visualization systems, the shockwave compression lab, and an assortment of field geophysical equipment. The Computational Infrastructure for Geodynamics (CIG) is located at UC Davis, and provides excellent opportunities for collaboration with researchers at other US and international universities.

Atekwana is a renowned geophysicist whose research interests include biogeophysics, near surface geophysics, tectonics, geodynamics and continental rifting.

Billen's primary research interest focuses on using numerical models to test hypotheses about the spatial and temporal variations in the physical properties of rocks within the earth. This is done by comparing predictions from numerical models to observations made at the earth's surface from geophysics (e.g. topography, tomography, strain-rates), and geochemistry (e.g. temperature and pressure of melting, water content, age of deformation) and geology. In using geodynamic models in this way, examples of how the Earth has deformed in the past provide an important guide to interpreting model results. This leads to her second research focus, plate tectonics, or more specifically, making geophysical observations which help to constrain both when and how tectonic plates have moved and deformed.

Research is focused on understanding the dynamics of earthquakes through numerical simulations; pattern analysis of complex systems; dynamics of driven nonlinear Earth systems; and adaptation in general complex systems. Computational science and engineering is an emerging method of discovery in science and engineering that is distinct from, and complementary to, the two more traditional methods of experiment/observation and theory. The emphasis in this method is upon using the computer as a numerical laboratory to perform computational simulations to gain insight into the behavior of complex dynamical systems, to visualize complex and voluminous data sets, to perform data mining to discover hidden information within large data sets, and to assimilate data into computational simulations.

Planet formation and evolution with focus on collisional processes, including giant impacts and impact cratering. Laboratory measurements of the equation of state and rheological properties of planetary materials using shock wave techniques. Experimental and computational studies of impact processes to interpret the formation, resurfacing history, physical properties, and internal structure of planets and small bodies.

McClain exploits a variety of geophysical techniques, in conjunction with geological observations, to understand the structure and evolution of the Earth's crust - examining problems using seismic refraction and earthquake data, as well as magnetic and gravity measurements. Much of his work has focussed on the mid-ocean ridges, with particular emphasis on how magma is stored and how this affects hydrothermal systems along the axis of mid-ocean ridges. UC Davis geophysicists were the first to show that ridge magma chambers must be narrow, and that hydrothermal systems are accompanied by extensive microseismicity. They are using these geophysical tools to study transform faults as well as underwater volcanoes that erupt near mid-ocean ridges. With his students, McClain has moved onto the continents, with projects in the Monterey Bay, the central California coast, and northeastern California.

For much of his career, Ken Verosub has used the magnetic properties of rocks, sediments and soils to determine the behavior of the Earth's magnetic field, the ages of sedimentary sequences, the motions of tectonic plates, and the history of the Earth's climate during the past 40 million years. In addition to on-going paleomagnetic and environmental magnetic studies, he is working on volcanic eruptions that have caused global cooling, seismic risk and subsidence problems in the Sacramento-San Joaquin Delta, the identification of deep groundwater aquifers and the determination of river flows directly from geospatial imagery.