Dr. John Rundle's research is concerned with the dynamics of complex systems, for the most part in the geosciences. For almost 40 years, his research has focused on using statistical physics to understand the physics of earthquakes and other driven threshold systems. Mathematically, these systems are characterized by phase transitions, both first (nucleation) and second order types. The dynamics of these systems can be understood by the use of field theories developed in other areas of physics, including particle physics and cosmology.

Rundle has a particular interest in the development of methods for earthquake forecasting based on studies of chaos and complexity in driven nonlinear systems, as well as on the use of realistic, large scale numerical simulations. More recently, he has developed an interest in viewing crashes in economic and financial systems as a kind of "econoquake" that might be understood by analogy to earthquakes and other first order phase transitions. 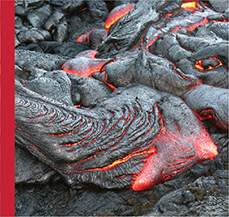