Keep your fellow Geoaggies updated throughout the year! Send your news to "gel-newsletterupdate "at" ucdavis.edu" (subject "Alumni News") in 140 characters or less (not including name and degree) in the following format:

Mike Poland (B.S. ’97, Geology) fell in love with volcanoes as a child, but it was dinosaurs — and UC Davis — that steered him toward a career in geology.

Scott Hector. B.S. Geology, '72, M.S. Geology '76. Scott works as a partner of Hobby Energy, based in Rio Vista, California. He has worked in the oil and gas business since 1974 when he went to work for Texaco. However, he is now working with his consulting company almost exclusively on projects for solar and wind power companies. He has been President of the Pacific Section of the AAPG in 2009-2010, and won the award for best oral paper in their 2008 convention. He won an award from Hart Publishing for the best well on the West Coast in 1993. 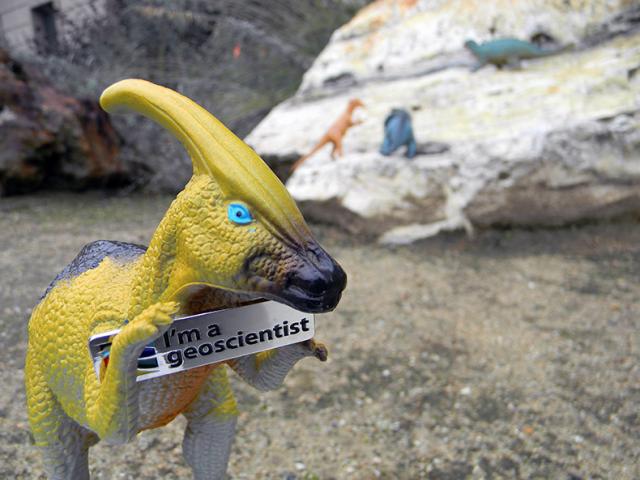 Follow along with our little buddies as they pursue all things geologic...and not-so-geologic!