Dr. Lori Bettison-Varga arrived at the Natural History Museums of Los Angeles County in October 2015. She oversees NHM in Exposition Park, La Brea Tar Pits in Hancock Park, and the William S. Hart Museum in Newhall. Her immediate goals include advancing the outreach and education around urban nature and community science, completing the design of the new Center for Nature and Culture, which will put a fresh face on NHM's western wing, as well as the reimagining of La Brea Tar Pits, where visitors can make connections between Ice Age Los Angeles 50,000 years ago, and climate change today.

A geologist who received her Ph.D. from the University of California, Davis, Dr. Bettison-Varga served six years as President and W.M. Keck Foundation Presidential Chair at Scripps College in Claremont, California.

Campbell is a proud graduate of UC Davis. He accredits his success as a geological consultant to his former mentors and UC Davis faculty members, Dr. Eldridge Moores and Dr. Robert Matthews. In their honor, Mr. Campbell is a dedicated volunteer with the American Institute of Professional Geologists, where he is committed to the intentional mentoring of students in developing specific technical skills, business acumen and savvy not taught in college today for geoscience majors.

Ivan Carabajal is a Ph.D. candidate in the School of Education at the University of Cincinnati and is being supported by the National Science Foundation’s Graduate Research Fellowship Program. His research focuses on enhancing access and inclusion in the geosciences by understanding and developing teaching practices that support the needs of students with physical and sensory disabilities. A former participant in both the Geological Society of America’s Mosaics in Science and Geoscientist-in-the-parks programs, Ivan draws on his past experiences in geoscience outreach and teaching to develop new ways of instruction that benefit all learners. Currently, Carabajal serves on the Executive Committee of the International Association for Geoscience Diversity (theIAGD.org), a non-profit organization that advocates for improved access to the geoscience disciplines for students and geoscientists with disabilities. 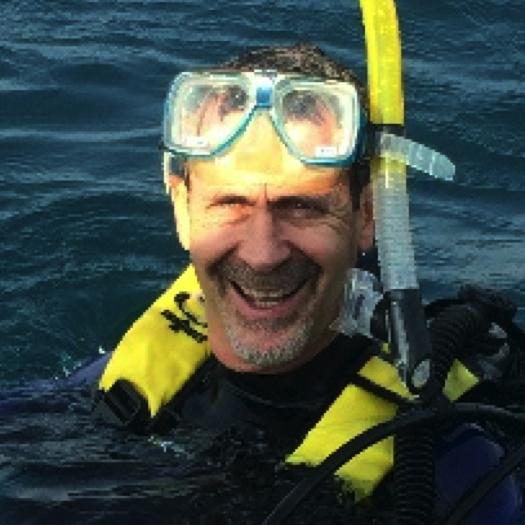 Dr. Andy Cohen is a paleolimnologist and paleoecologist with particular interest in the ecological and climatic history of lakes in the African Rift Valley and Western North America. He uses drilling technology to obtain long cores from ancient lakes extending back millions of years and has particular interests in using lake records to provide environmental content to the evolution of humans in Africa and the evolution of endemic species in ancient lakes.

Joe DeVay recently retired after more than 36 years working as a petroleum geologist with some of the largest multi-national corporations in the world. DeVay have extensive experience and significant expertise in a broad variety of geologic sub-disciplines, including classical stratigraphy, seismic and sequence stratigraphy, sedimentology, structural geology and tectonics, petroleum geology, geochemistry, geophysics, historical and economic geology, and basin modeling.

Rich Drumheller received his B.S. Geology from UC Davis in 1973 and a M.S. in Geology from Mackay School of Mines in 1978. Drumheller was first hired as a geologist in 1974, working in minerals, coal, water resources, as a well logging field supervisor and log analyst. Drumheller has spent his career with Phillips Petroleum, Marathon Oil Company, and Anadarko Petroleum Corporation. Specialty interests include marine and non-marine stratigraphy and sedimentology, reservoir characterization and geostatistical modeling, and staff training or other continuing education initiatives.

Chris Higgins graduated with a B.S. in Geology from California State University, Hayward, in 1972 and an M.S. in Geology from the University of California, Davis, in 1977. In between graduations, he also served as a meteorologist with the U.S. Naval Air Reserve. Since leaving UC Davis, Higgins has worked as a geologist with the California Geological Survey in Sacramento. His studies with the CGS have included research in mineral hazards, mineral resources and the mining industry, geothermal resources, remote-sensing applications, geographic information systems, offshore sand resources, geologic mapping, and seismology. Over the last fifteen years as a Senior Geologist (Specialist), he has developed maps and reports that address potential for mineral hazards throughout California. Higgins has also participated in many activities to help educate students and the public about the geology of the state.

Sierra Nelmes is a clinical research coordinator at Stanford, in addition to serving as a consultant to non-profits and government organizations on product design, design strategy, UX research, and organizational design. Published research on quantum-chemical calculations of Carbon-Isotope Fractionation in CO2 (g) Aqueous Carbonate Species, and Carbonate Minerals.

Lori L. Summa is a geologist with over 30 years of experience in geoscience, basin analysis research, and petroleum-systems evaluation. Summa retired as a senior technical consultant with ExxonMobil Upstream Research Company in 2016. In this position, she advised corporate management on strategic geoscience issues to ensure appropriate research was performed in support of business objectives. She is currently an adjunct faculty member in the Department of Geosciences at Rice University and a research collaborator at the University of Texas, Jackson School of Geosciences. Her background is in basin analysis and numerical modeling, but she also has broad experience with exploration in offshore marine environments. Dr. Summa earned a B.S. in geology from the University of Rochester and a Ph.D. in geology from the University of California, Davis, in 1985.