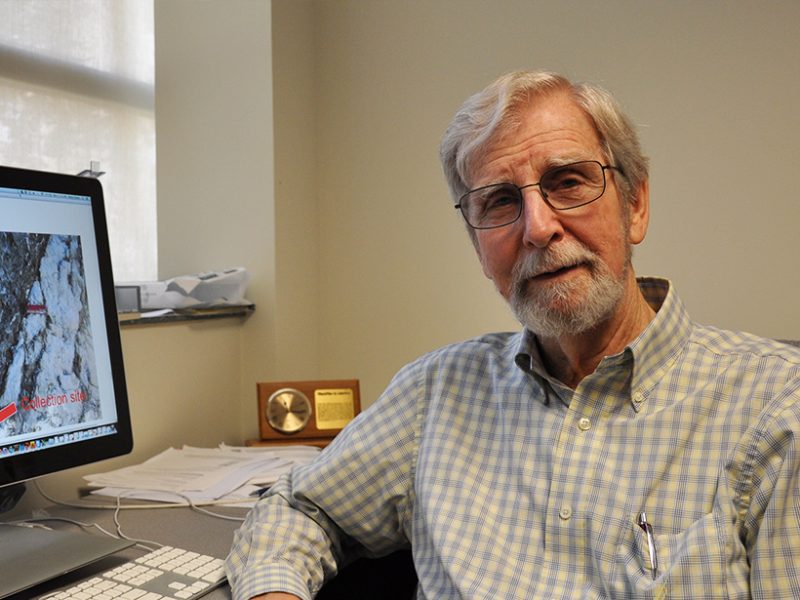 "By keenly probing mantle rheology, interactions of deformations and phase transitions, and microscopic features, he made major contributions to petrology, mineralogy, and earthquake science." - EOS

We are saddened to report that a former member of the UC Davis faculty, Dr. Harry Green, has passed away. Harry was a Professor of Geology at UC Davis from 1970 to 1992, and was chair of the Geology department from 1984-88. He took a faculty position at UC Riverside in 1992, where he spent the remainder of his career, retiring to hold the title of Distinguished Professor of the Graduate Division at UC Riverside.

Harry was a brilliant scientist who made many groundbreaking discoveries in the fields of high-temperature/high pressure mineralogy and petrology, and collaborated extensively with many others. Those who knew him during his two decades at UC Davis will remember how he contributed to making our department an exciting place for faculty and students alike. Harry had a special level of enthusiasm for research and was always looking to bend one’s ear about some new observation in thin-sections or an interesting discovery coming out of his lab. He was welcoming and enthusiastic and supported the intellectual growth and careers of many early career scientists. He was a relentless advocate of bringing new technology to bear on geologic issues, and championed the acquisition of the first department computer system in the early ‘80s, enabling cutting edge research by students and faculty. Professor Emeritus Howard Day recalls a story that we think perfectly captures Harry’s passion for science: “[Harry’s] enthusiasm stimulated a memorable conversation with Rob [Twiss] and me on a long plane ride home from a meeting. The three of us occupied a single row and had a flight-long, excited conversation about entropy in non-equilibrium systems (of all things!). It was truly an amazing, once-in-a-lifetime experience, but I can only guess what people around us must have thought about what was going on. But that’s the kind of scientist that Harry was.”

The 2018 Louis Néel Medal was awarded to Harry W. Green II for his seminal contributions to the mechanism of deep-focus earthquakes, rock rheology, mantle dynamics and the dramatic improvement of a solid pressure-medium apparatus.

Harry W. Green II passed away shortly after the Louis Néel Medal Committee had recommended him as a recipient.